President Trump announced Wednesday morning that transgender individuals would no longer be allowed to serve in the military, a disabled combat veteran spoke out about the president’s decision via Twitter.

J.R. Salzman, an Iraq war veteran who lost his right arm below the elbow and sustained a traumatic brain injury during combat in 2006, explained why Trump’s decision to bar transgender individuals from serving makes sense. 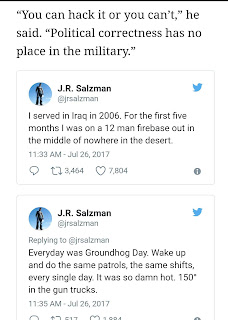 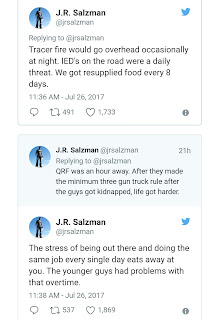 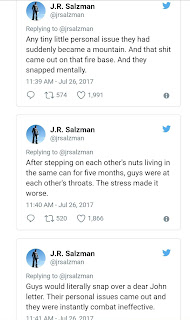 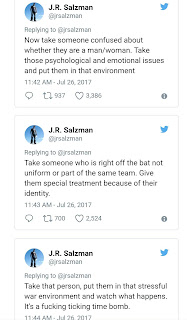 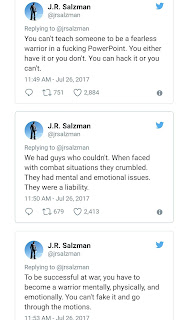 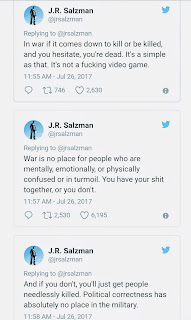 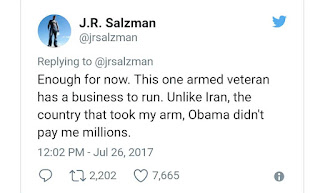 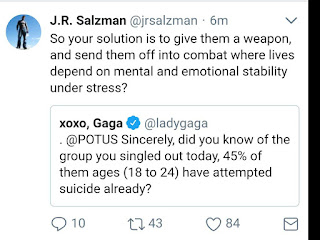 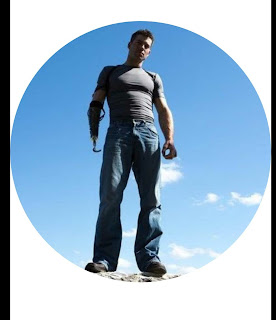 Posted by Ronald Dwyer at 9:32 AM No comments: 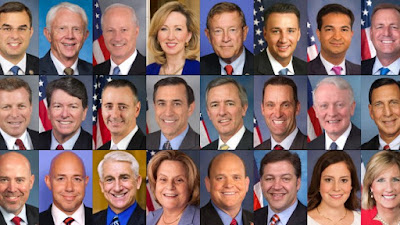 Looks like Nancy Pelosi still running the House of Representatives in Congress even though the Republicans hold the majority. Nancy Pelosi wanted to push through a bill to have taxpayers pay for transgender surgery for military members who were mentally ill and thought that they were the opposite sex.

She claimed that the expense was necessary to preserve national security — however, it seemed some GOP members agreed with her.
So, who are the RINOs who who voted with Nancy Pelosi for this disgusting bill that raises taxpayer dollars and endorses mentally ill behavior?

There you go.
If one of these individuals is your representative, give them a call or send them an email.
Transgenderism is a mental illness. No matter how you surgically alter yourself a man is still a man a woman is still a woman. You cannot change the chromosomes of an individual a man will always have an XY chromosome a woman and XX chromosome.

Posted by Ronald Dwyer at 10:21 AM No comments: 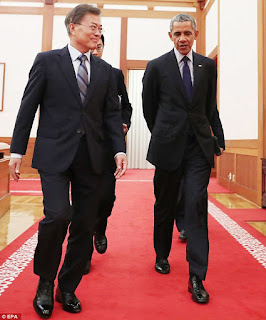 Originally this story was posted directly on our Facebook Page.  We thought it was odd when we first tried posting this story as soon as we typed Obama and Treason, the page froze up.

We figured something was up, so we reworded the headline and the post made it on Facebook.  We made sure it posted and 10 minutes later it was gone.

The Logan Act and  Barack Obama may have violated it.

To violate the Logan act is a felony and comes with a lengthy jail sentence. In case you are not familiar with this law, when you violate it, you basically committed treason.


The Korea Herald reported that the topic was  Donald Trump.


“The Logan Act (1 Stat. 613, 18 U.S.C. § 953, enacted January 30, 1799) is a United States federal law that details the fine and/or imprisonment of unauthorized citizens who negotiate with foreign governments having a dispute with the United States. It was intended to prevent the undermining of the government’s position.[2] The Act was passed following George Logan’s unauthorized negotiations with France in 1798, and was signed into law by President John Adams on January 30, 1799. The Act was last amended in 1994, and violation of the Logan Act is a felony.”
Posted by Ronald Dwyer at 11:34 PM No comments:

LIBERALS: YOU SAID NOTHING... 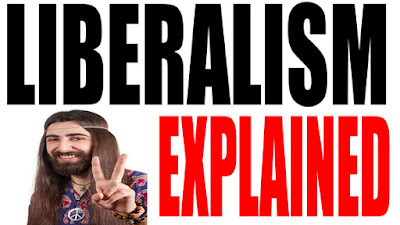 So if you are voicing your objections about months of Trump, I’m sorry... we can't hear you because you said NOTHING before!!!
Posted by Ronald Dwyer at 5:38 PM No comments: