Today Michigan Senator Joe Hune endorsed Donald Trump for President.  This is what he stated on his Facebook page 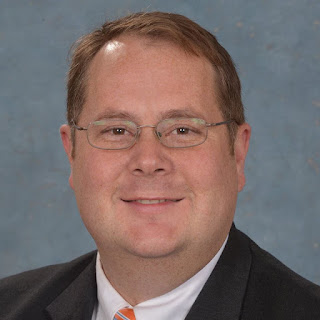 I am proud to announce after careful consideration that I am supporting Donald Trump For President of the United States of America. Donald J. Trump has the business experience that I think will help make this country great again! He also has the candor that we so desperately need. I appreciate his war with political correctness and the issues that he has brought forward. Donald Trump has forced the Republican Party to talk about illegal immigration and trade deficits, which absolutely must be addressed. Please join me in supporting and voting for Donald Trump for President.

Something doesn't add up with the latest NBC/Wall Street Journal poll.  Other notable and reliable polls show Donald Trump with a sizable lead over all other Republican candidates, yet NBC/WSJ shows him losing to Ted Cruz?

Something doesn't smell right.  Is NBC trying to sway public opinion?  Who did NBC interview that provide results so different to other polls? 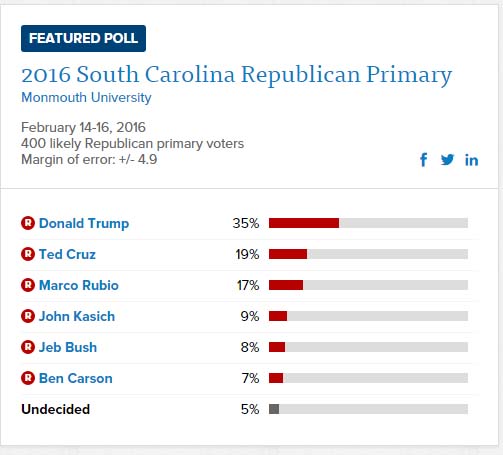 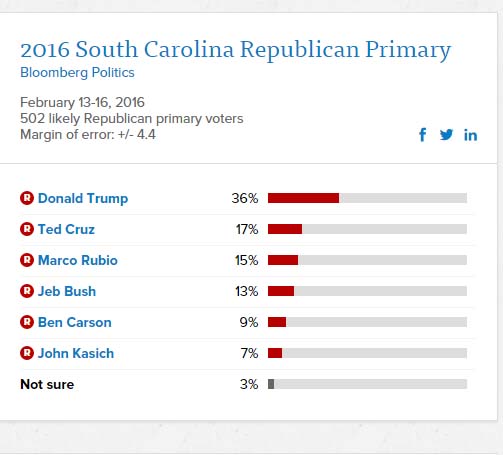 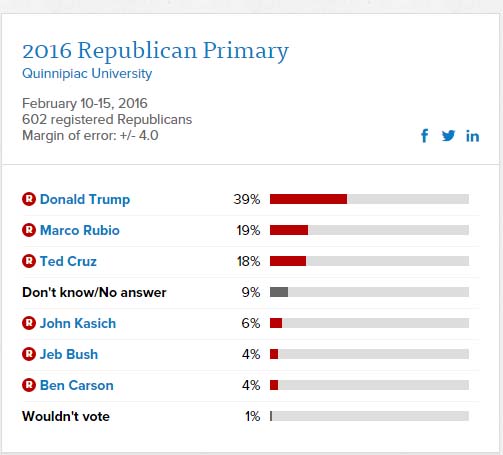 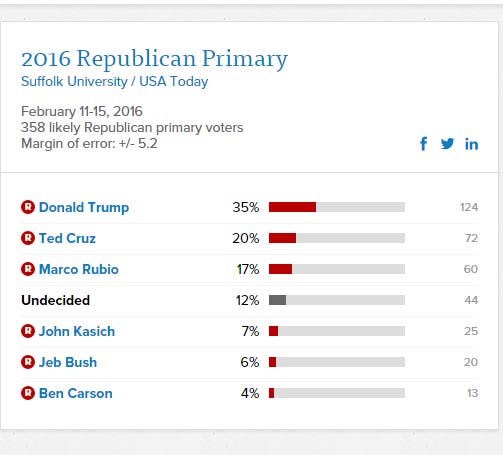 And then the NBC / WSJ Poll 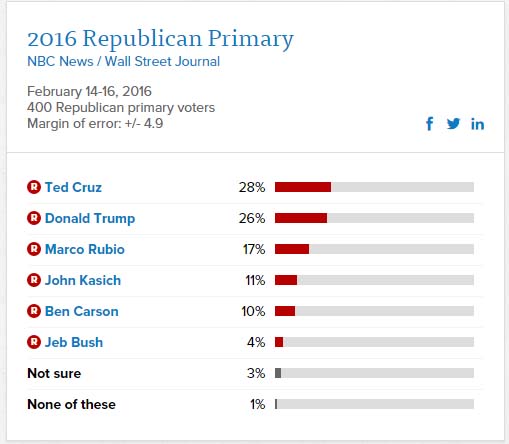 Jeb Bush is coming under scrutinyfire again from social conservatives for his involvement of  investing taxpayer money in a company with ties to pornography while Governor of Florida.

The former Florida governor invested $1.3 million from the

state’s pension fund into Movie Gallery, a film rental company that offers X-rated films in addition to comedies and action movies, according to a report in the International Business Times

The report examined thousands of emails from during his tenure that show a strained relationship between Bush and the “religious right."
One voter wrote Bush was supporting a company that was “enslaving men and women to its addiction."

Initially, Bush did not back down amid pressure, allegedly maintaining that he had to make the most profitable investment choice for taxpayers.

But in the state sold the shares in 2006 after Movie Gallery’s stock performance began to slip.

The revelations came from 280,000 emails released from Bush's time as governor and have now come back to the forefront.
Posted by Ronald Dwyer at 9:52 AM No comments:

It was less than a decade ago when it was Schumer advocating doing the same exact thing if any additional Supreme Court vacancies opened under former President George W. Bush durning his lame duck term.

Almost immediately after Scalia’s death was announced Saturday evening, Republican lawmakers and presidential candidates began arguing the appointment of his successor should be left to the next president. Schumer whined this outlook as pure obstructionism.

“You know, the kind of obstructionism that [Senate Majority Leader] Mitch McConnell ‘s talking about, he’s hearkening back to his old days,” Schumer said, according to The Hill. “In 2010, right after the election or right during the election, he said, ‘My number-one job is to defeat Barack Obama,’ without even knowing what Barack Obama was going to propose. Here, he doesn’t even know who the president’s going to propose and he said, ‘No, we’re not having hearings; we’re not going to go forward to leave the Supreme Court vacant at 300 days in a divided time.’”

“When you go right off the bat and say, ‘I don’t care who he nominates, I am going to oppose him,’ that’s not going to fly,” Schumer added.

But when George W. Bush was still president, Schumer did the exact same thing as McConnell is planning to pursue.   During a speech at a convention of the American Constitution Society in July 2007, Schumer said if any new Supreme Court vacancies opened up, Democrats should not allow Bush the chance to fill it “except in extraordinary circumstances.”

“We should reverse the presumption of confirmation,” Schumer said, according to Politico. “The Supreme Court is dangerously out of balance. We cannot afford to see Justice Stevens replaced by another Roberts, or Justice Ginsburg by another Alito.” During the same speech, Schumer lamented that he hadn’t managed to block Bush’s prior Supreme Court nominations.

But as they say, "Wait There's More!" David Bernstein from the Washington Post’s Volokh Conspiracy blog:

Thanks to a VC commenter, I discovered that in August 1960, the Democrat-controlled Senate passed a resolution, S.RES. 334, “Expressing the sense of the Senate that the president should not make recess appointments to the Supreme Court, except to prevent or end a breakdown in the administration of the Court’s business.”  Each of President Eisenhower’s SCOTUS appointments had initially been a recess appointment who was later confirmed by the Senate, and the Democrats were apparently concerned that Ike would try to fill any last-minute vacancy that might arise with a recess appointment.

The GOP opposed this, of course. Hypocrisy goes two ways. But the majority won.

Did the RNC - Republican National Committee illegally use Donald Trumps name and likeness to fund raise?

Here is what Donald Trump said with a screen shot of the RNC fund raising notice:

"The RNC, which is probably not on my side, just illegally put out a fundraising notice saying Donald Trump wants you to contribute to the RNC.


"Get on Trump's List" is totally unauthorized, do not pay! I am self funding my campaign! Notice has just been withdrawn." 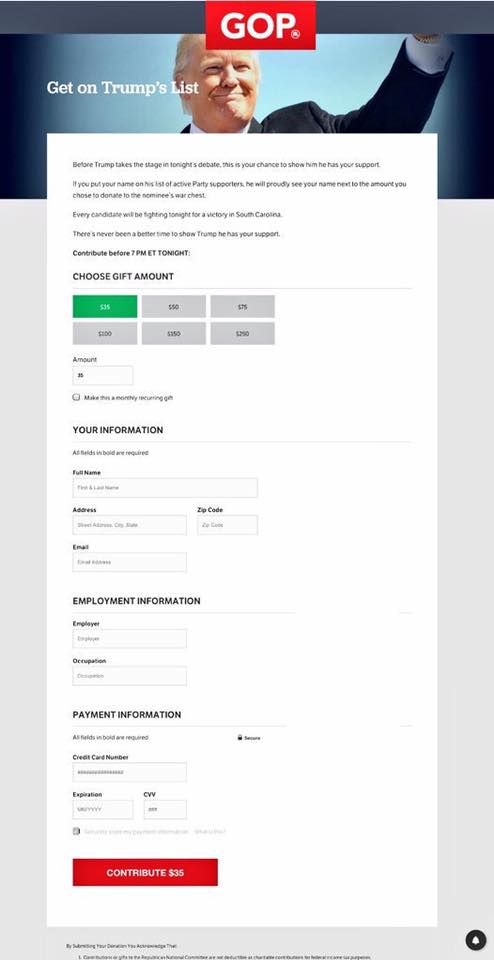 Posted by Ronald Dwyer at 2:22 PM No comments:

Damning evidence that shows that the Flint water crisis, as bad as it is, is a manufactured crisis.

Sarah Frostenson from the VOX news service wrote an investigative article on February 3, 2016, that shows Flint to not be as bad as the media is portraying it to be.

Other communities across the United States have a much higher lead content than Flint.

Compare that to Flint, where state data shows the rate of lead exposure for 5 µg/dL from 2014 to 2015 as 3.21 percent. (Flint started pumping water from the Flint River in April 2014). Other researchers have found that specific areas of the city have exposure rates as high as 6.3 percent. That's alarming, but still a lower rate than 18 of the 20 cities in Pennsylvania. 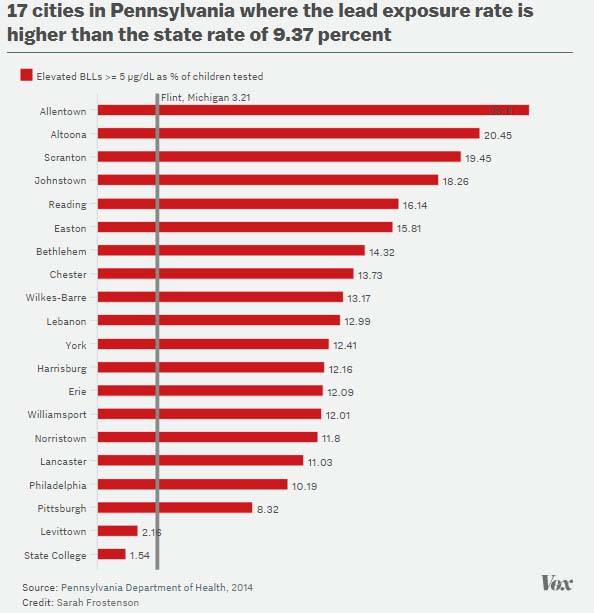 Posted by Ronald Dwyer at 2:16 PM No comments:

Earlier tonight this post appeared on the Facebook news threads.   It was written by David Yardly whose Facebook profile state he works for TED CRUZ FOR MICHIGAN and YARDLY CAMPAIGN SOLUTIONS. 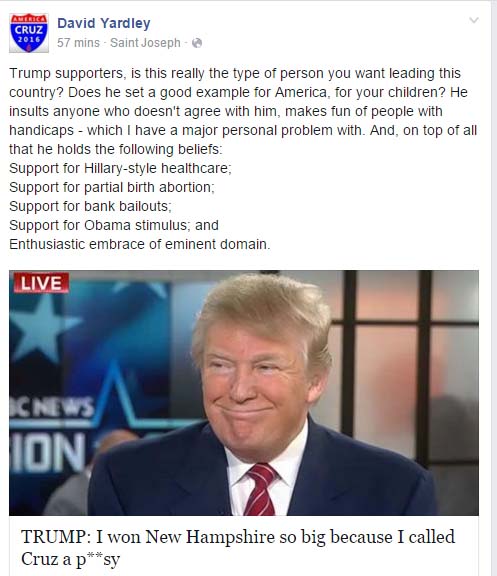 Since David Yardley put it out there as a question this writer figured he would answer his question. 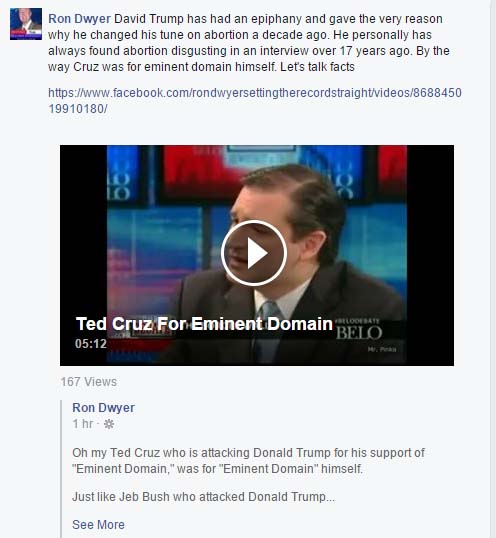 However it would  be determined that David Yardley would not want to talk facts. 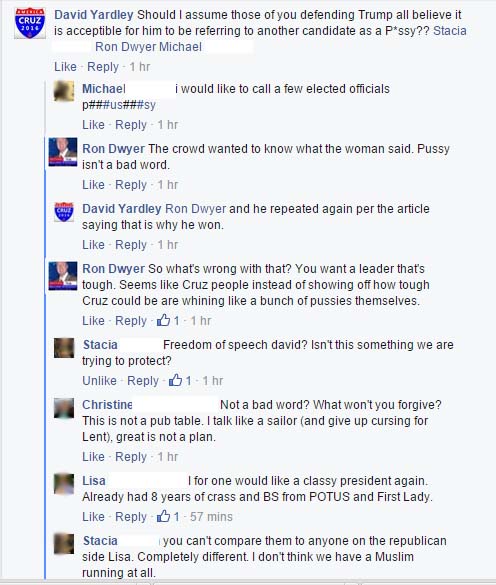 And it was with that he scrubbed my factual comments from his page and unfriended me so I couldn't call his erroneous information out.

For the record Ted Cruz was for eminent domain as per the video below.

If this is how Ted Cruz's senior campaign staff operates perhaps the woman who was shouting to Donald Trump, at Trump's New Hampshire rally and who Donald Trump quoted her to the attendees per their request, was right,  Ted Cruz is a pussy.

If Yardley is trying to get people to vote for Cruz, he sure has a funny way of doing it as I think he now just helped me make up my mind for Trump.

Could An Anti-sodomy Clause In The Logan’s Law Animal Abuser Bill Kill The Bill? 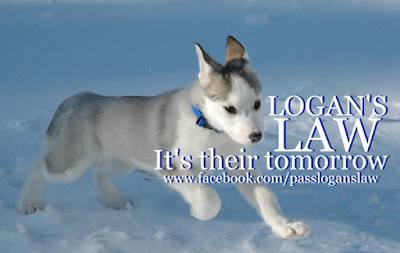 Logan's Law was named for a Siberian husky who was intentionally burned with acid and is intended to crack down on animal cruelty.  The backers of Logan’s Law are working to create a register of animal abusers so that a person convicted of abusing an animal cannot abuse another animal 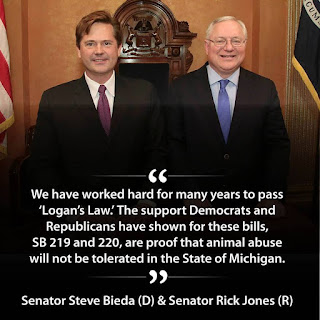 as a pet owner.

A new package of bills designed to keep pets out of the hands of animal abusers includes an update to the text of the ban, but leaves the restriction on consensual sex between humans intact. 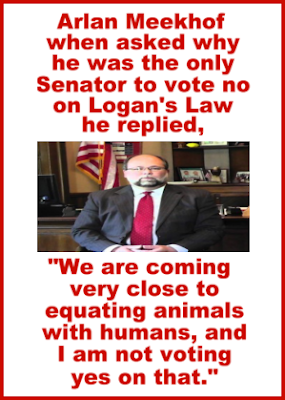 Republican Senator Rick Jones’ SB 219 updates the ban to read: “A person who commits the abominable and detestable crime against nature either with mankind or with any animal is guilty of a felony.”

Could this be why Arlan Meekhof (R), was the lone Nay vote on the bill as it passed the Senate with support of all remaining Republicans and 100% of the Senate Democrats?

Any bill that originates in one side of the legislature must be approved exactly by the other side.  If the House doesn’t approve the Senate version, the bill dies or if it is amended it goes to the Senate for approval as amended.   There is a chance though that the senate may not pick up the bill again.

Where Is The Money The Word Network Raised For Flint's Water Crisis?

Monday night, Flint's story was broadcast around the world on the 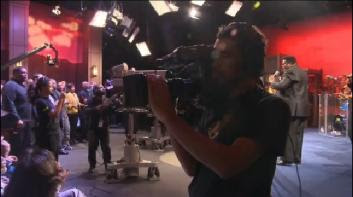 Baltimore Pastor Jamal Bryant, who spent the day in Flint, turned his monthly program, 'The Empowerment Encounter' into the 'Water Telethon for Flint' at the network's Southfield studios. 100 percent of the donations will be turned over to the Concerned Pastors of Flint...to be used for not just water, but for rebuilding a city impacted by lead for years to come he said.

"The equity of their home is now under tremendous risk, the level of unemployment in that city, the inequity of the educational system. The whole city needs a renovation and tonight, the world is going to be able to help," said Bryant.

What is odd about the telethon is  the fact that The Word Network will not release how much money the telethon raised.

One pastor in the city of Flint has some serious doubts about The Word Network.

Stacy Swimp a pastor and activist in the city of Flint had the following to say,

“ So the The Word Network will not release how much money it raised after holding a telethon which was supposedly to support the Flint water crisis?They say, however, that 100 percent of the money will be turned over to a local group of pastors.That's strange.I don't think I have ever seen a telethon for anyone or anything where there is a refusal to be transparent about the money.Seems that a great deal of exploitation is taking place during this time of real crisis.”

Posted by Ronald Dwyer at 10:36 AM No comments: