Columbus Day is a federal holiday, but a group in Traverse City, Michigan is asking the commission to make a change, renaming it Indigenous Peoples Day. 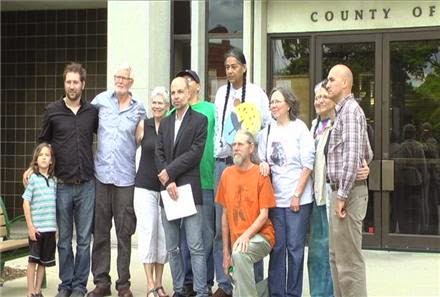 About a dozen people came to Monday night's meeting to request the switch.

They are asking commissioners to "correct, possibly, the most insulting and maligned injustices in our history."

The group recognizes that the city can't overturn a federal holiday, but says they can adopt a resolution to rename the day.

Cities around the country have done just that.

Northern Michigan has a large Native American community. Many of them say it's painful to be forced to recognize Christopher Columbus, the man they say is responsible for Native American genocide.

Timothy Grey says his Cherokee roots are important, and he wants to pass on the truth to his daughter.

“I teach her about her heritage,” said Grey. “I think it's something she should be proud of, and to not have to endure a celebration of someone that systematically tried to wipe out an entire continent.”

The group plans to partner with local businesses for the upcoming holiday. They'll be giving out Indigenous Peoples Day grocery bags. Participating stores will give ten percent discount.

Organizations in support of the resolution include Idle No More, Occupy Traverse City, and Native Voices United.

Columbus Day became an official federal holiday in 1937. It’s observed on the second Monday of October.
Posted by Ronald Dwyer at 11:09 AM