Judge Orders A Father To Enroll His Daughter Into Public School. Father Says Florida Is Sovereign State Not Bound By U.S. Laws.

A judge has ordered a Central Florida man to enroll his 8-year-old daughter in school. 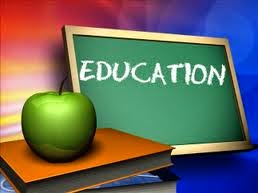 The man is claiming he is a sovereign state and not bound by U.S. laws.

Joseph Rosa, 37, refused to answer questions during his trial Monday.

Social workers said that the girl stopped attending school last year. During visits to the house, Rosa and his wife never showed proof that their daughter was attending a private school or being home-schooled.

The circuit court judge said Rosa cannot deprive his daughter of an education. He faces up to 180 days in jail if she is late or has any more unexcused absences.