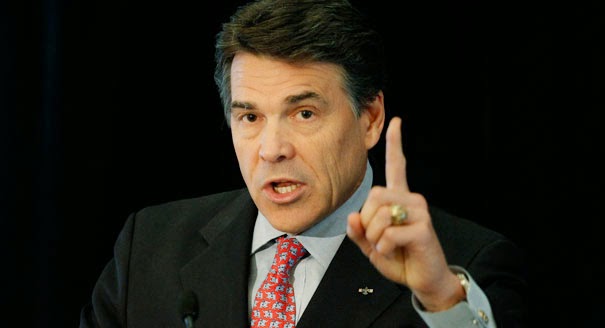 state in the absence of adequate federal resources to secure the border. State leaders have authorized DPS to fund border security operations at approximately $1.3 million per week.

“Texas can’t afford to wait for Washington to act on this crisis and we will not sit idly by while the safety and security of our citizens are threatened,” Gov. Perry said. “Until the federal government recognizes the danger it’s putting our citizens in by its inaction to secure the border, Texas law enforcement must do everything they can to keep our citizens and communities safe.”

In a joint letter to DPS Director Steve McCraw, state leaders authorized DPS to conduct law enforcement surge operations using any funds appropriated to the agency. DPS surge operations will continue at least through the end of the calendar year. DPS must periodically report the results of the law enforcement surge to the governor and the legislature.

“The federal government has abdicated its responsibility to secure the border and protect this country from the consequences of illegal immigration, but as Texans we know how to lead in areas where Washington has failed,” Lt. Gov. Dewhurst said. “Last year DPS conducted Operation Strong Safety and achieved astounding results. Crime rates related to drugs, cartels, transnational gangs, and illegal border activity plummeted because of the resources we allocated to stop illegal entry at the border. It’s time to make this type of presence on the border permanent.”

The U.S. Customs and Border Patrol (USCBP) has apprehended more illegal immigrants in the Rio Grande Valley in the first eight months of the current federal fiscal year (over 160,000) than it did for all of fiscal year 2013 (154,453). In May 2014 alone, USCBP reported apprehending more than 1,100 illegal immigrants per day in the Rio Grande Valley. This year, like last year, more than half of the individuals apprehended at the Texas-Mexico border by USCBP are from countries other than Mexico. Additionally, 34,000 unaccompanied alien children (UAC) have been apprehended in Texas so far this year, with estimates that number will reach 90,000 by the end of the fiscal year. By comparison, 28,352 UAC were apprehended in fiscal year 2013.

“In this current security and humanitarian crisis, the federal government's failure to secure our border is resulting in serious consequences for Texas,” Speaker Straus said. “To immediately address these issues, today I join with Gov. Perry and Lt. Gov. Dewhurst to direct the Texas Department of Public Safety to use the appropriate resources to keep our state safe.”

Previous law enforcement surge operations in the border region, such as Operation Strong Safety in 2013, have proven effective in reducing criminal activity and violence associated with human smuggling and drug trafficking in the border region.
Posted by Ronald Dwyer at 2:08 AM