Did a Republican joke get out of hand?

An innocent picture has been transformed into a campaign slam piece against Republican's in Michigan.  The picture depicts 3 state Republican Representatives reading women's magazines.

The picture was supposedly created to chastise Senate Majority Leader Gretchen Whitmer and her cries against the war on women by the Republican party.

Supposedly this picture was taken by a woman , State Representative Gail Haines as reported by a post on the Lakes Area Tea Party Facebook fan page. 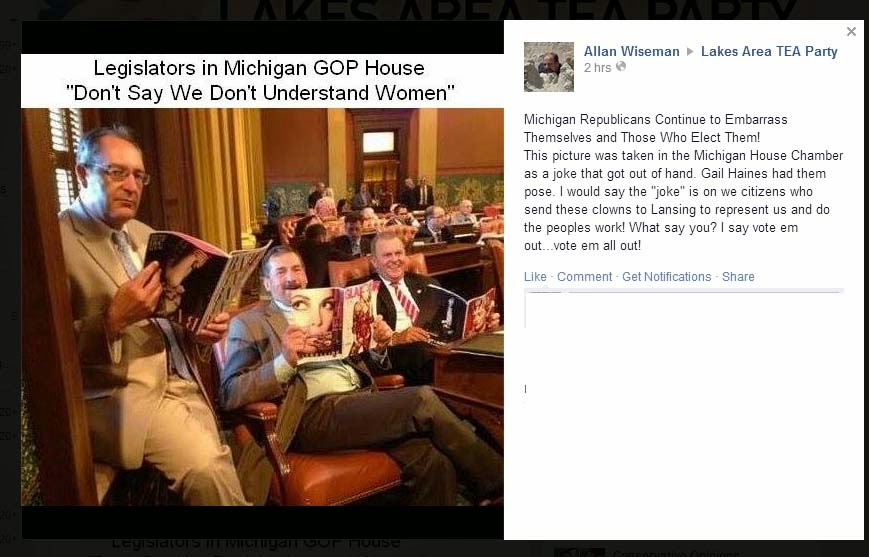